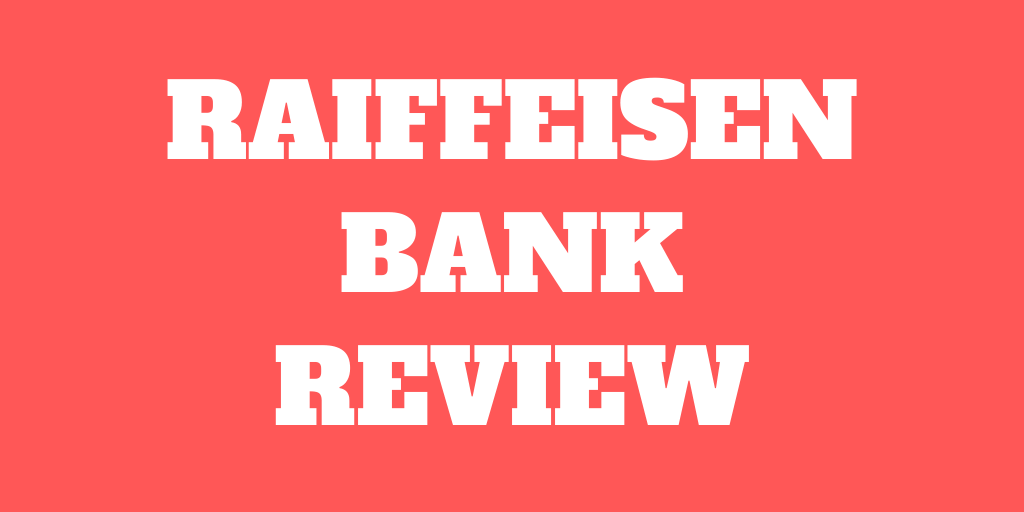 Raiffeisen is the third largest bank in Switzerland. Many people are using it, and many customers are even shareholders of the banks.

This bank has some unique characteristics that could make it interesting. For instance, you can become a shareholder of the bank! So, should you use Raiffeisen as your bank?

This is what this article is all about. I will do a deep review of the Raiffeisen bank, its banking features, its fees, and its pros and cons. By the end of the article, you will know whether you should use Raiffeisen or not.

Raiffeisen is a large Swiss bank that has been created in 1899 already. It is currently the third-largest Swiss bank (in terms of assets under management), behind the two giants UBS and Credit Suisse. They have more than 3 million clients in Switzerland. And almost two million of them are shareholders (more on that later). They are currently a very profitable bank with about 400 million in benefits these last few years.

This bank has an interesting structure. Indeed each of the 246 Raiffeisen banks is independent. And together, they form Raiffeisen Switzerland, a cooperative structure.

Historically, Raiffeisen was a very rural bank, but they have moved to cities now and are present in many places. And they also want to be a bank that belongs to its customers, hence the fact that many customers are also shareholders.

Interestingly, it was created by a priest that was trying to help protect the money of his parishioners. This is how the banking system was born in many countries.

I used Raiffeisen myself about 10 years ago when I was doing my apprenticeship. And I even invested in their funds (one of my mistakes). But this is before e-banking.

In this article, I focus solely on using Raiffeisen as a bank account. I do not go into their investment offer (but I would not recommend it).

Let’s look at the features Raiffeisen offers for bank accounts.

You can access your account from the e-banking web application or one of the mobile applications on Android or iPhone. You can also do most of the operations in their offices directly. This could be practical if you do not want a fully digital experience.

From the applications, you can do everything you need:

Not counting offers for young people, there are two main accounts available.

The banking features are the same between the two packages, but the fees are different, as we will see later. And the private shareholder account holders have some unique advantages (see next Section).

With your account, you can choose a V Pay debit card or a Maestro debit card. If you intend to use it for payments, I recommend the Maestro since it is more widely accepted. They also have a wide choice of credit cards and prepaid cards.

You can use TWINT with your account if you want to pay from your mobile phone. However, if you want to use Google Pay or Apple Pay, you can only do with a Raiffeisen credit card.

So, overall, Raiffeisen will have more than enough features for your banking needs.

It is important to note that Raiffeisen is only available in the three national languages: French, German and Italian. You can probably find somebody that talks English in an office, but the website and the apps will not be available in English.

And on top of that, you can also get some special offers depending on which Raiffeisen bank you are with. For instance, at the time of this writing, I saw these offers (among many others):

So, if you are a fan of museums or content and events, these advantages could be really interesting. And many of the offers are also valid for your children. For instance, the museum will be free with up to three children.

It is hard to put a value on this advantage because it highly depends on what you consume. For us, it will be close to zero per year, 10 CHF at most. But for some people, this could save them more than 100 CHF per year. So, if you are considering this account, you should try to estimate its value. This may also be a good opportunity to try to go to museums more often.

Now, to become a shareholder, you have to buy a share of Raiffeisen. One share is between 200 CHF and 500 CHF, depending on the office. Your share will give you back some interest (currently around 2%, maximum of 6%). Keep in mind that this is not a bond. The share has no duration. And the interest is not fixed but variable based on the performance of the local office. Normally, if you leave Raiffeisen, you will abe to get back the shares at the nominal value. But you need to pay attention to three things:

Until now, this has not been a risky investment, but it is not an entirely safe one either. That being said, you can invest more in their share if you want. Depending on the Raiffeisen office, you can invest between 1000 CHF and 10’000 CHF.

Let’s go into the banking fees now. I will only look at the CHF account, but Raiffeisen also offers EUR accounts.

Basic payments are free on the e-banking systems. Receiving money on your account is also free. SEPA payments in EUR will cost 1 CHF per payment.

With the private account, you will have to pay 0.50 CHF per recurring order. They will be free with the shareholder account.

The Maestro (or V Pay) costs 40 CHF per year. The first year is free with the shareholder account. They also have some credit cards, but they do not have good options. So you should look elsewhere for credit cards.

Withdrawing money at the Raiffeisen ATMs is always free. However, using another ATM will cost you 2 CHF with the private account. As a shareholder, you will get 12 withdrawals per year for free.

They also have some high fees for payments with paper orders. But I do not think anybody still uses them.

We should look at what other users think of Raiffeisen.

For this, we can look at the review of Raiffeisen on TrustPilot. Unfortunately, they are only 13 reviews at this time. The average score of 2.8 out of 5 is not great, but with so few reviews, it is hardly representative. Overall, people are mostly complaining of the customer service that is very difficult to reach and unhelpful.

To finish, we can also look at the reviews of the app on the AppStore. There are 763 reviews (at this time), with an average score of 3.7 out of 5. The reviews are a little more positive here. On the other hand, it is funny to see that some 4-5 stars reviews say that it does not work. But overall, the reviews are saying the same thing on Google Play.

So, overall, it seems to work great for many people, while many other people seem to have many issues with the applications. So, opinions are very divided on Raiffeisen. But it seems more positive than negative overall.

We also need to take a look at the security of using Raiffeisen as a bank account.

These two options are good, and it is good that you have a choice. If you can, I would strongly recommend the first option. Indeed, SMS second-factor is not the best choice (although much better than nothing).

In case of bankruptcy, the money on your private account is protected up to 100’000 CHF by Esissuise. However, big banks are somehow less protected than small banks. Indeed, the limit of the protection is 6 billion CHF. Given the 1.9 million customers of Raiffeisen, the protection per customer is only about 3000 CHF per customer.

Now, Raiffeisen is currently in no trouble. And if one of the small offices (and not the entire entity) were to bankrupt, the other Raiffeisen offices would help bail out the bank. This structure makes it safer than some other big banks.

Overall, Raiffeisen is safe to have your money with. However, given its size, you should not expect too much from deposit protection. As such, you should avoid having too much money there.

Let’s summarize the advantages of Raiffeisen:

Let’s summarize the disadvantages of Raiffeisen:

Overall, the Raiffeisen bank can be interesting but only if you profit from the shareholder advantages. So, if you go to museums often or visit other attractions, you could save money with your Raiffeisen bank account. As such, you would be able to offset the cost of the bank account.

If you do not profit from these advantages, I would not recommend this bank. There are cheaper and better alternatives out there. But, interestingly, this is only one of the only banks that offer the possibility to become a shareholder.

Other than that, you should look at other alternatives:

What about you? What do you think about Raiffeisen?