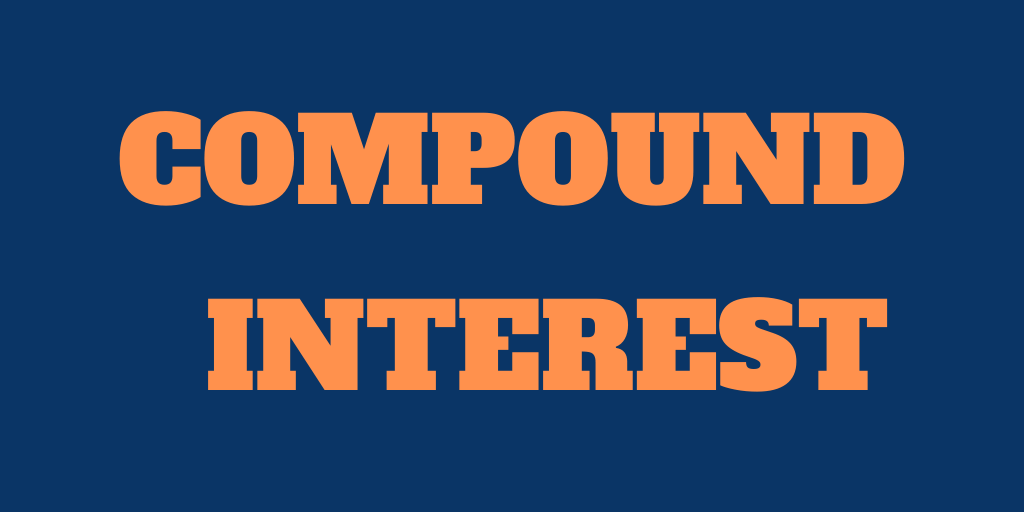 Compound interest is a subject that you can read about on most personal finance blogs. I have already talked a little bit about it. But I never delved into it. It is now time to cover compound interest in detail.

Many people will tell you that compound interest is like magic! However, I do not consider it magic. It is only math. But how can we calculate compound interest? Even if it is not magic, its effects are more powerful than it seems at first sight. The results of compounding are what makes investing in the stock market so appealing. But does the stock market compounds? Let’s try to answer these questions in this article.

We will start with a quote attributed to Albert Einstein:

Compound interest is the greatest mathematical discovery of all time

There is some controversy as to whether he said that. People attribute him several quotes about compounding, such as saying it is the eighth wonder of the world or even saying it is the most potent force in the universe. Over the years, many quotes have been wrongly attributed to Einstein. I would not be surprised if he did not say anything like that.

Regardless of who said what, compound interest is a powerful instrument.

But this is not magic. Compound Interest is simple math, as we will see in the next section. And almost everything compounds these days. Even though the results are great, I would hardly call that magic.

Now, we will have to do some math. Since interest is computed over the accumulated principal and not only the basic principal, it is a bit more complicated to calculate the future value of your money than with standard interest where it is trivial.

First of all, it is necessary to know the interest (I) and the principal (P), of course. But you also need to know the compounding period. That is the frequency of compounding or when the interest is calculated. For most banks, compounding is done daily. If you want to compute compounding for the stock market, you need to take into account the average yearly returns as interest and an annual period.

Once you have all these values, you can compute the Future Value (FV) of your money after n compounding periods with this formula:

This formula will only work if the interest (I) is is in the same time unit as n. Generally, you have a yearly interest rate (r) and some compounding periods per year (t):

These formulas will give you the value of your money in the future.

Of course, you do not have to do the math yourself if you do not want to. Indeed, there are many calculators out there on the internet that will do the job just fine for you. For instance, the calculator on investor.gov is quite good. It is operated by the U.S. Securities and Exchange Commission (SEC), which are interestingly also regulating the stock market. The calculator from financial-calculators.com is also quite easy to use and has a bit more options. And there are hundreds of other calculators on the internet if you are not satisfied with these two.

We can see the result with a few examples. First of all, let’s see what is the difference between standard interest and compound interest. For instance, with a 10% annual interest and a 1000 principal:

We can also compare the compounding frequencies. For instance, with a 10% yearly interest rate, but compounding at different periods:

As you can see, the more often the interest compounds, the better it gets. Compounding twice at 5% per year instead of once at 10% can make a significant difference in the end. Of course, you can generally not choose the compound perioding of any of your investments. But it is still interesting to know!

For more visual people, let’s see how that looks on a graph. Here is the difference between 3% standard interest and 3% compound interest over 20 years:

We can see that even with a small interest rate, the difference in compounding is quite essential. If we increase the interest rate to 8%:

With a higher interest rate, the difference is much more dramatic. I think this represents well what people are calling the magic of compounding!

The magic of compounding, as many people call it, happens over the long-term. For instance, 10’000 dollars with 10% annual interest will grow to 174’494 dollars after 30 years. If you are saving for the long-term, this is incredible.

And it gets even more incredible when you consider contributions to the account during the years. For example, if you add 200 dollars per month to the previous example, you will end up with 569’279 dollars after 30 years. And you will only have contributed 82’000 dollars. That is almost a gain of 500’000 dollars over 30 years. This is not bad, right?

You may have heard already of the Rule of 72. It is a simple approximation that lets you estimate when the principal will have doubled its value based on the annual returns. The rule is relatively simple: divide 72 by the yearly returns, and it will give you the number of years to double your principal.

For instance, if you have 10% annual returns, it should double after 7.2 years. Of course, it is only an approximation, the real number being 7.27 years. But it is a reasonably good approximation. Here is the comparison between the Rule of 72 and the Real answer, rounded, for some returns:

We can observe that the approximation is really good for small numbers. But it gets worse and worse as we have bigger returns. Some people prefer to use the rule of 69.3 that is sometimes a bit more precise for small numbers too. But it is a bit less convenient!

However, using this rule for investment returns is perfectly fine since we should not expect more than 10% of annual returns. It is much easier than computing log(2)/log(1+return) in the head, right?

Compounding in the stock market

Most people talk about compounding for stock market returns. However, the stock market does not compound. A compound interest keeps the same interest all the time. The stock market is much more volatile. And there will be some days and months where your portfolio is down. And that is fine.

The primary difference comes with negative years. If your portfolio is down 10% a year and up 10% the next year, it is still down. This difference is because 10% of 90% of the original portfolio is only 9% and not 10%. It makes it a bit difficult to talk about compounding in the stock market.

Compound interest is not always good

Sometimes compound interest can also play in your disfavor! Indeed, your bank account and stock market returns are not the only things that can compound. Your credit card debts compound in the same way.

Credit card balances have very high interest, often more than 10%. And it compounds daily. We saw before that the more frequently interest compounds, the stronger its effect gets. It is very real for credit card debt. Negative Compound Interest is how credit card companies make a lot of their money. For instance, if you have a credit card debt of 5000 dollars with a 12% annual interest rate, it will become 9’110 dollars after five years if you do not pay it!

The magic of compounding can also play against you. You should never carry compounding debt with a high annual interest rate!

Another example is that currency inflation is also compounding.  That means an inflation rate of 3% will also compound year after year. After ten years, it will not be 30%, but 34.4%. It makes inflation even harder to fight since it compounds!

What is compound interest?

Compound interest is a way of computing interests based not only on the principal but also on the previously earned interests.

Why is compound interest so great?

The Rule of 72 states that if you divide 72 by the interest rate of an instrument, you will know in how many years your principal will double. For instance, returns of 8% per year will double your investment every nine years. This is only a rule of thumb since it is an estimation, not the real number of years.

Compound interest is a powerful tool that will you achieve Financial Independence.

It is not magic. It is just math. But there is no denying that its effects are very powerful. It will make your money grow faster than with standard interest. And it is essential to know how this works in practice. Because of the way it is working, it is necessary to start investing early!

If something is compounding, you can use the Rule of 72 to estimate when the value will have doubled. In the long-term, we can apply compound interest to the stock market even though it does not compound in the same way a bank account would compound. Finally, even though compound interest is great, it can also play against you! Your credit card debt will also compound!

What do you think about compound interest or compounding?

14 thoughts on “What is Compound Interest? Is it Magic?”