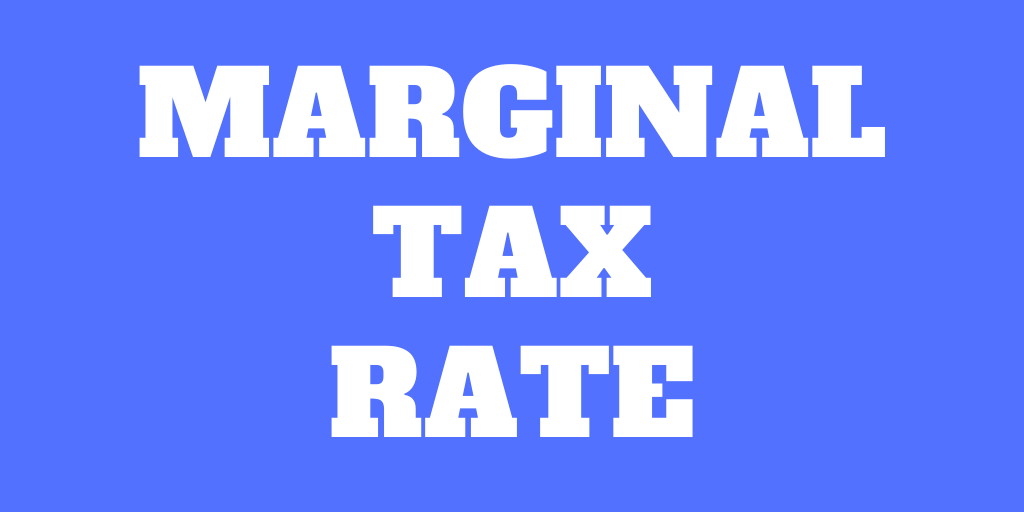 So, in this article, I want to clear out as much as possible regarding the subject. By the end, you will know how to estimate your marginal tax rate and what it means.

Let’s start at the beginning: what is a marginal tax rate?

The marginal tax rate is always at least as high as the actual tax rate. You cannot pay lower taxes on the new income than you are paying on the actual income.

Why is it important?

It is an important metric because it will tell you how much your taxes will increase when you increase your income. And it is essential to know how much more you are really getting.

Some people think that by getting a 1000 CHF raise, they can spend an extra 1000 CHF per year. But this is entirely wrong! With a marginal tax rate of 20%, a 1000 CHF raise will only let you spend (or save) 800 CHF more per year. And if your tax rate is higher, it will get even lower.

People are often not considering their taxes when they get a raise. And they end up spending significantly more than the real increase in their income. After-tax income is much more important than before-tax income.

As we will see later on, it is also helpful for estimating tax reductions.

The Swiss tax system is generally progressive. It means that high-income people are paying a higher tax rate than lower-income people. This is opposed to a system where all people would pay the same tax rate regardless of income. Most countries are using a progressive tax system.

Now, there is a common misconception about this system. Many people believe that if you increase your income and end up in a higher tax bracket, you will actually have less disposable income. It means that your taxes would increase by more than your income.

But in practice, this is not the case (and such a system would not make sense even from a tax point of view). The reason is that once you end up in the next tax bracket, only new income is taxed at this level.

Let’s take an example of a progressive tax system (fictitious):

The next bracket means that the income in that bracket is taxed at this rate, not your entire taxable income.

Your marginal tax rate for deductions

A great thing about the marginal tax rate is that it works in two directions. We have seen that it can be used to estimate how much taxes you will pay on extra income.

But the marginal tax rate can also be used for tax deductions. If you manage to reduce taxable income, your marginal tax rate will tell how much you will save in taxes. This is once again an estimation, and for higher amounts of tax reductions, it will be slightly higher than it should.

If you can reduce your taxable income by 1000 CHF and have a marginal tax rate of 28%, you will save about 280 CHF in taxes! So, a higher rate means you have more opportunities to save money.

This means you can use your marginal tax rate to compute your rate of return of your contributions to the second and third pillars. Other things come into play, of course, but the immediate return is based on the amount of taxes you can save.

How to compute your marginal tax rate?

Computing your marginal tax correctly is not trivial, but it can be estimated rather easily.

The idea is to compute your current taxes and then do the same calculations again with an added 1000 CHF in income and then check how the taxes increase.

Now, how do you estimate your taxes? Doing so properly in Switzerland is a bit complicated since each state has a different way of calculating the taxes.

The most accurate way is to use the actual tax tool of your state. These tools generally give you an estimate at the end. You can use this estimate with the current income and compare it with the estimate with extra income. This is probably the most accurate method. But it is not the easiest one, and it requires all your information, and you cannot do it for other states.

The simplest tax calculator I have found is the tax calculator from talent.com. This tool will even give your tax rate and marginal tax rate. For instance, for a gross income of 160’000 CHF in the state of Fribourg, the tax rate would be 31.3%, and the marginal tax rate would be 46.9%. This estimate is interesting, but it is a very gross estimation, very likely overestimated since you need more information to estimate taxes.

A better tax calculator is the calculator from comparis.ch. You will need to give more information, but it will be more accurate. Let’s take as an example a single-income married couple with no children, a net income of 140’000 CHF for and paying into the third pillar, in the State of Fribourg. The current taxes would be 22’393 CHF. Adding an extra 1000 CHF to the net income yields taxes of 22’698 CHF. The increase in taxes is 305 CHF. This means a 30.5% marginal tax rate. This is much lower than the estimate of talent.com. It makes sense since this comparator takes into account many more details.

Keep in mind that with these three calculators, your marginal tax rate is still an estimation.

How to reduce your marginal tax rate?

The most effective reduction is to move to a state or county with lower taxes. It is also not something that most people want to do. But geo arbitrage for taxes works really well in Switzerland. There are huge differences in the tax rates from one state to another.

If you want more information, I have a guide on taxes and how to reduce them.

As you can see, your marginal tax rate has several important implications. Once you have a good estimation of this rate, you will know what will happen to any extra income that you could get. And you will also know how interesting a reduction in taxable income can be!

Most people have no idea of their marginal tax rate. And there are some misconceptions about how the progressive tax system works. So, it is important to clear out these points.

Hopefully, you should have a good idea of your marginal tax rate and what you can do about it.

For more information, I have an entire guide on Swiss Taxes.