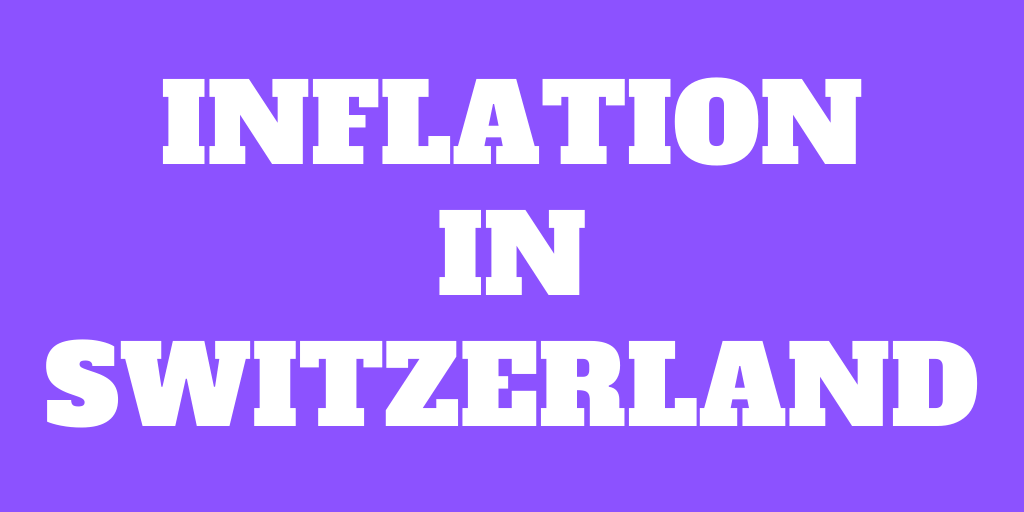 In 2020, inflation in Switzerland was negative, at -0.7%. It means that, on average, consumer prices have decreased in the year 2020. So, life has become cheaper in Switzerland.

But is life in Switzerland really cheaper? And if so, is it cheaper for everybody? Today, I want to delve into inflation numbers for Switzerland and what they exactly mean. As we will see, inflation is not a perfect indicator of the cost of living in Switzerland.

So, this article will talk in detail about inflation in Switzerland.

Inflation in Switzerland is calculated by the Federal Statistical Office (FSO). Every month, they compute the Swiss Consumer Price Index (CPI). This index is a representation of the price of goods for the average consumer in Switzerland. We will see in the next section exactly how this is computed.

What matters is the change from one month to the other. This is called monthly inflation. And at the end of the year, they also produce a report of the annual inflation.

Here are the annual results for the last three years:

These numbers are really low compared to other countries. A negative number means that prices are decreased. So, we should be paying less. We can correlate this with an increased purchasing power if the cost of living has been going down.

And here is the history of inflation in Switzerland:

We can see that since the end of the 1990s, inflation in Switzerland has been very reasonable. In the last 10 years, it has been mostly negative. In these last 30 years, inflation has been kept below 2%. Interestingly, a 2% annual inflation rate is the target of the Swiss National Bank. So, apparently, they did a good job there.

The SNB has two main instruments to work against inflation (or for inflation, if it is negative):

So, the reason we have very low-interest rates in Switzerland is that inflation has been too low in the years after 2010. In 2015, the SNB decided to lower its interest rate to -0.75%, among the lowest levels in the world. Since the SNB does not expect a large increase in inflation in the coming years, we can also expect interest rates to stay at their low level for a long time.

Inflation in Switzerland is computed with the Swiss Consumer Price Index (CPI). As mentioned before, the CPI is based on the average consumer. So, what does an average Swiss consumer consume? We have to observe in detail the composition of the CPI. Fortunately, all this is publicly shared and well-documented.

Here you can observe the composition of the basket for 2021:

For instance, we can see that the biggest part of the basket is the housing and energy category, followed by healthcare and food. The FSO will compute the average price for each of these categories and then use the weights of each category to compute the final inflation in Switzerland. This is done on a monthly basis for the CPI.

The composition of the basket can be updated when the consumption habits of the average household change.

If you want more information on this index, the website of the Federal Statistical Office has a wealth of information for you.

Problems with inflation in Switzerland

For me, the biggest problem is the lack of the health insurance premium in the basket. Health insurance is a big item on a budget of Swiss households. For many families, it can become the number one category on a budget. We are going to talk more in detail about this issue in the next section.

Another issue is that it is an average over the entire population. For many people, it very poorly represents their cost of living. Of course, we cannot have an index for each person in Switzerland. That would be impossible. But we should have indices for different classes of households:

This would greatly help people understand inflation and tie it to their cost of living in Switzerland. So, even if inflation in Switzerland is low for the average household, it may be higher for some types of households.

Another smaller issue is that it is averaged on the entire country. I would think we should have regional indices for each canton of the country. Unfortunately, there are currently only three cantons that provide regional inflation measures: Zurich, Basel, and Geneva. I do not think this is a huge issue since, generally, the difference in inflation between cantons is not huge. But once again, it would still help to have these measures.

The issue is mostly that health insurance premiums are increasing in price very quickly. Since 1996, their prices have increased by 3.8% per year on average. Since 1996, the prices have increased a total of +This is quite insane. Switzerland has one of the most expensive health care systems in the world. For households in insurance, health insurance premiums account for 10% to 20% of their expenses. So, it is essential to take this into account in the inflation. Since

The Federal Statistic Office has recognized this problem. Since 2000 they have started publishing a second index, the Health Insurance Premium Index (HIPI). Unfortunately, it is not nearly as well documented as the CPI. Also, it is separated from the CPI. I would have liked an adjusted CPI index that included health insurance premiums. I have not been able to find historical values for this index. But it should follow health insurance premiums changes that I have mentioned before.

The lesson here is that we need to know that the measure of inflation in Switzerland does not include health insurance premiums. As such, inflation is likely higher for people than advertised by the CPI index. Inflation is not a perfect estimation of the cost of living in Switzerland.

Your personal inflation is the inflation based on your own basket of consumption. In most cases, this will be different from the average household basket. For instance, if you do not drink or smoke, you can remove an entire category from the basket. Or, if you are very frugal with your groceries, it may represent a much smaller portion of your budget.

If you want to know your personal inflation, you have two choices:

For us, looking at our expenses is not a very good representation. We are still looking at improving our expenses. Also, it is changing with having a house now. So, our expenses are not stable enough to get a precise personal inflation rate. For instance, our current average is lower than in 2019 but significantly higher than in 2015.

The calculator from the FSO is a great tool to look at inflation in Switzerland with your own basket of goods. If you know more or less what you are spending on each category of the basket, you can have a good representation of your personal inflation rate.

For instance, here are the results for our own household:

This is a great example! It really shows that the inflation of a  household can be very different from the average household. Looking at the numbers, our high inflation seems related to several items:

On the other hand, some things are reducing our inflation:

Overall, I find these results fascinating. It seems that we are an atypical household. By spending less on items that are becoming cheaper, the impact of inflation on our household is increasing.

Inflation in Switzerland in the last 20 years has been low. This means that the prices of goods have not increased much. This should be good for consumers.

Another thing that is included in the cost of living but not in inflation is taxes. For us, this is the biggest item in our budget. So, if they were to rise, it would greatly impact us.

Also, inflation is averaged over the entire Swiss population. And households are very different from one another. So, the official inflation in Switzerland needs to be taken with a grain of salt.

If you are interested in your own inflation, you should look at the individual calculator from the FSO. For us, our personal inflation is significantly higher than the average inflation in Switzerland.

What is your individual inflation rate? Are you worried about inflation in Switzerland?

6 thoughts on “Is inflation in Switzerland really that low?”